Carbon offsets can help in the transition to net zero

At scale, they can help fund the infrastructure investment and research needed to decarbonise our world 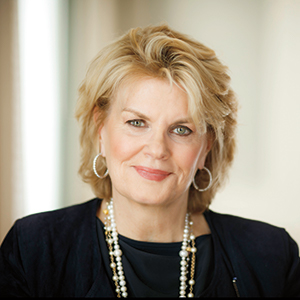 Momentum on the road to net zero by mid-century is rapidly building. The US has recommitted to the 2015 Paris Agreement, China has promised meaningful climate-related investments, while the EU has its sweeping Green Deal. Recent shareholder and court actions on oil and gas companies have only served to accentuate growing pressure on carbon-intense industries.

As governments, industries and companies make ambitious commitments to reduce their emissions, the concept of carbon offsets has likewise gained both more attention and greater criticism. Offsets are ideally the final mile in reducing emissions. Even after a company has improved its energy efficiency, electrified operations, installed solar and purchased renewable grid energy, a residual carbon footprint may remain. This is then “offset” by an investment in projects that avoid or further reduce emissions.

Critics argue that buying such offsets does little to directly reduce a company’s carbon footprint. But the world must have a transition period to move from high-emitting fossil fuels — the source of 80 per cent of the world’s energy — to a zero carbon solution. That means offsets, especially carbon removal offsets, will continue to be needed.

There is important work under way to address the need for offsets. Recently, the Taskforce on Scaling Voluntary Carbon Markets, overseen by the Institute of International Finance, has encouraged the financial world to help provide funding for long-term solutions through responsible investment in offsets.

The research and technology needed to reduce the risks of climate disruption could partly be funded through offsets. Aggregating this funding from multiple companies would be an effective way to reduce the cost of low carbon technologies in emerging economies.

Many think offsets mean planting trees or preserving forests. But these nature-based efforts are limited and will surely be insufficient relative to growing demand. Instead, new partnerships between companies, governments and NGOs can underwrite promising and scalable initiatives.

Mini-grids provide a compelling example. Six hundred million people across Africa lack access to affordable, reliable, sustainable energy. Solar, wind or hybrid mini-grids could accelerate clean energy access. The International Energy Agency forecasts that they will be the lowest cost method to connect at least 264m people in Africa by 2030.

Funding such efforts offers potential for blended finance funds, which combine different sources of capital to reduce risk and make otherwise unaffordable efforts viable. Such vehicles exist today but are small, emerging and highly complex. Instead, pooled offset funds would initially be established among companies, restricted to a specified percentage of the overall decarbonisation effort, and time limited to ensure continued commitment towards achieving longer-term sustainable carbon neutrality. In other words, by limiting both the quantity and duration of offsets, no company would be over-reliant on them.

There is a growing resolve to build a more sustainable world. More than 160 financial institutions with assets totalling over $70tn have signed up to the Glasgow Financial Alliance for Net Zero, committing their companies and balance sheets to a net zero outcome. This will take years of work, and new financial products and avenues for financing are needed. Further building out and connecting renewable energy, electric vehicle and other low carbon infrastructure will only be possible with substantial private and public partnerships. Pooled offsets could play an important role in accelerating the pace.

There are arguments around what is an acceptable offset but there is an opportunity to secure a positive climate-related outcome. By advancing the public/private alliance we can also advance the pace of transition. Should participation in the COP26 road to net zero or the Task Force on Climate-Related Financial Disclosures be a pre-requisite for a company to use offsets towards any carbon neutral or net zero claims? Many companies would surely be supportive of a global standard around the use of offsets.

The path to net zero is complicated. The technology to fully replace or decarbonise is nascent and we need the best minds in research, technology and financial markets to work in partnership with government to find a realistic way to accelerate our efforts. Well-designed offset frameworks can both speed up the effort to decarbonise our planet and create the financial collateral needed to fund the innovation that will get us there faster.